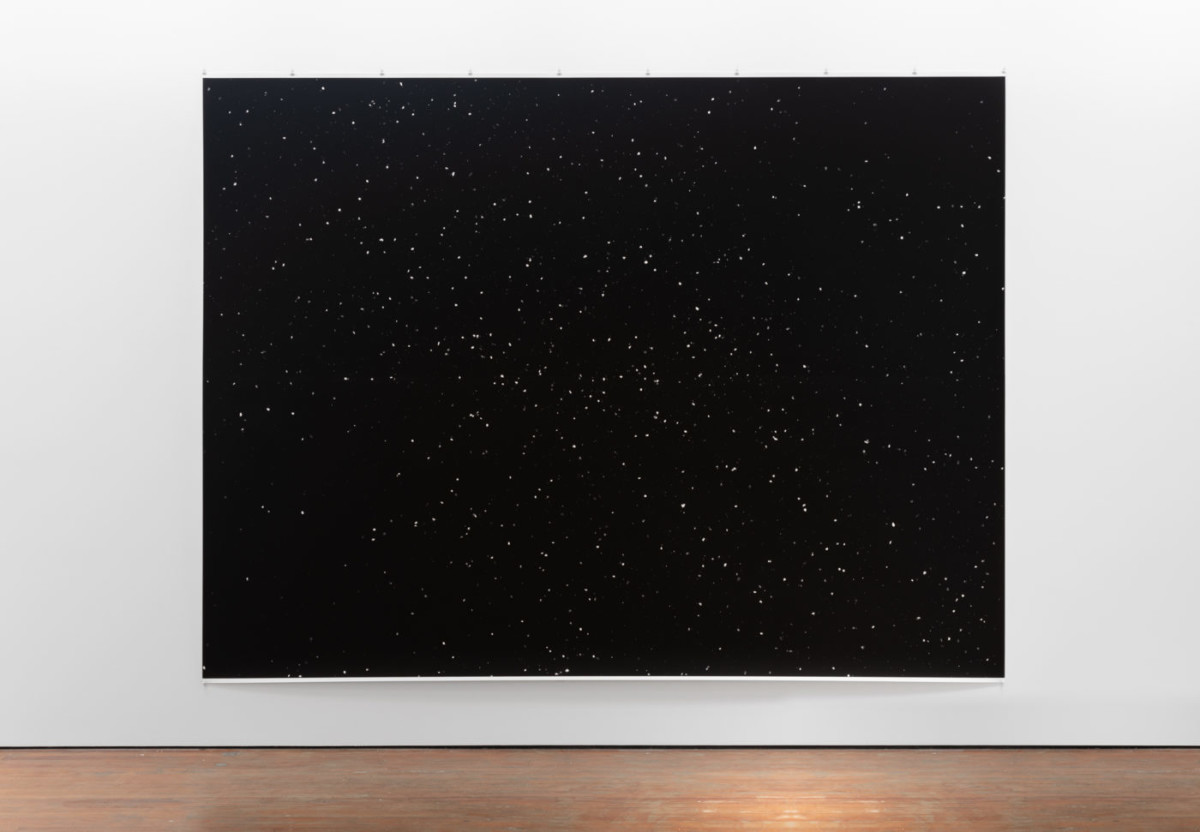 Zac Langdon-Pole’s disorienting, puzzling works prompt us to rethink our relationship to nature, colonial history, and more. Containing Multitudes—the first major New Zealand exhibition by the award-winning Berlin-based expat—includes a new installation: a native-timber floor where the tracks left by colonising borer beetles are perversely picked out in gold.

Zac Langdon-Pole took his show title Containing Multitudes from Walt Whitman’s poem ‘Song of Myself’: ‘Do I contradict myself? / Very well, then I contradict myself, / (I am large, I contain multitudes.)’ In this poem, Whitman expresses what it’s like to absorb the world’s abundance through his senses while occupying a body that is itself embedded in the endless evolution and proliferation of forms of life. The title offers a nice entry point into Langdon-Pole’s project, betraying his romantic side—enchanted with the world’s churn and plenitude.

Langdon-Pole is a young Berlin-based New Zealand artist whose puzzling works take diverse forms and traverse all manner of topics. A toolbox contains an old calf weaner and a royalist replica tiara, begging the question: ‘Whose tools are these?’ A taxidermied bird of paradise is displayed in an antique safe, while a nearby room is wallpapered with a pattern based on the bird’s missing legs. Craftily carved fragments of ancient meteorites are fitted into the apertures of paper-nautilus shells; another meteorite fragment hides in plain sight as a piece in a children’s educational game. Grossly enlarged photograms of sprinkled sand look instead like outer space, jumping from micro to macro.

Much of the work in the show is new, made this year, while Langdon-Pole was stranded in Auckland, with borders closed. In one gallery, he lays a floor of recycled borer-riddled native timber. The tunnels and tracks left by the little colonisers have been meticulously filled and sealed with gold leaf, in the manner of kintsugi ceramics. This is art to walk over. There’s also a video, a montage of found cel-animation sequences depicting unpeopled New Zealand landscapes, inviting us to ponder the depiction of ‘natural’ New Zealand. Its atmospheric soundtrack has been composed by Samuel Holloway.

Langdon-Pole’s new works also include a suite of jigsaw puzzles. Realising that puzzle makers cut the same patterns into different images, he found that he could combine them. His Recombined Jigsaws collage jigsaw images, mostly of old-master paintings and old encyclopaedia illustrations. For instance, in Pollinations, the ziggurat in Pieter Bruegel the Elder’s Tower of Babel (c.1563) is replaced by a Dutch floral still life (1792). But what conclusion are we to draw from their uncanny fit? Is the artist imagining nature overrunning culture or is this a metaphor for culture's own flowering force?

Throughout his work, Langdon-Pole joins things and images physically, as if trying keys in locks. But, even if they fit physically, does this mean they connect conceptually? A 60-million-years-old tortoise-shell fossil and a vacuum cleaner may look similar, but is there a deeper connection? Langdon-Pole puts on a show that invites yet eludes easy interpretation, leaving us to sort things out, to pick through the pieces.

To some extent, the show recalls Wunderkammers, cabinets of curiosities—those early proto-museums that gathered extraordinary natural and man-made objects and oddities in a fanciful manner as springboards for speculation, before scientific method and rigorous typologies. They famously scrambled fact and fiction, for instance offering narwhal tusks as unicorn horns. Today, in our late-enlightenment times, we want to believe we have things sorted—as did those before us—but is this just hubris? Langdon-Pole makes us wonder if our own frames of reference might one day be superseded. Think again, he seems to be saying.

Is there a conflict between the artist’s rapturous romantic engagement and prompting us to critically reflect on our frames of reference? Probably. But Whitman’s been there already: ‘Do I contradict myself? / Very well, then I contradict myself, / (I am large, I contain multitudes.)’

This show has been supported by Creative New Zealand. 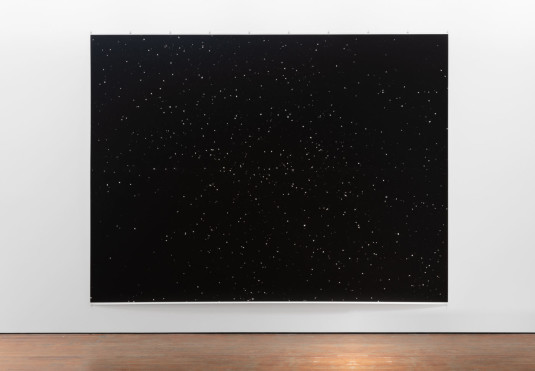