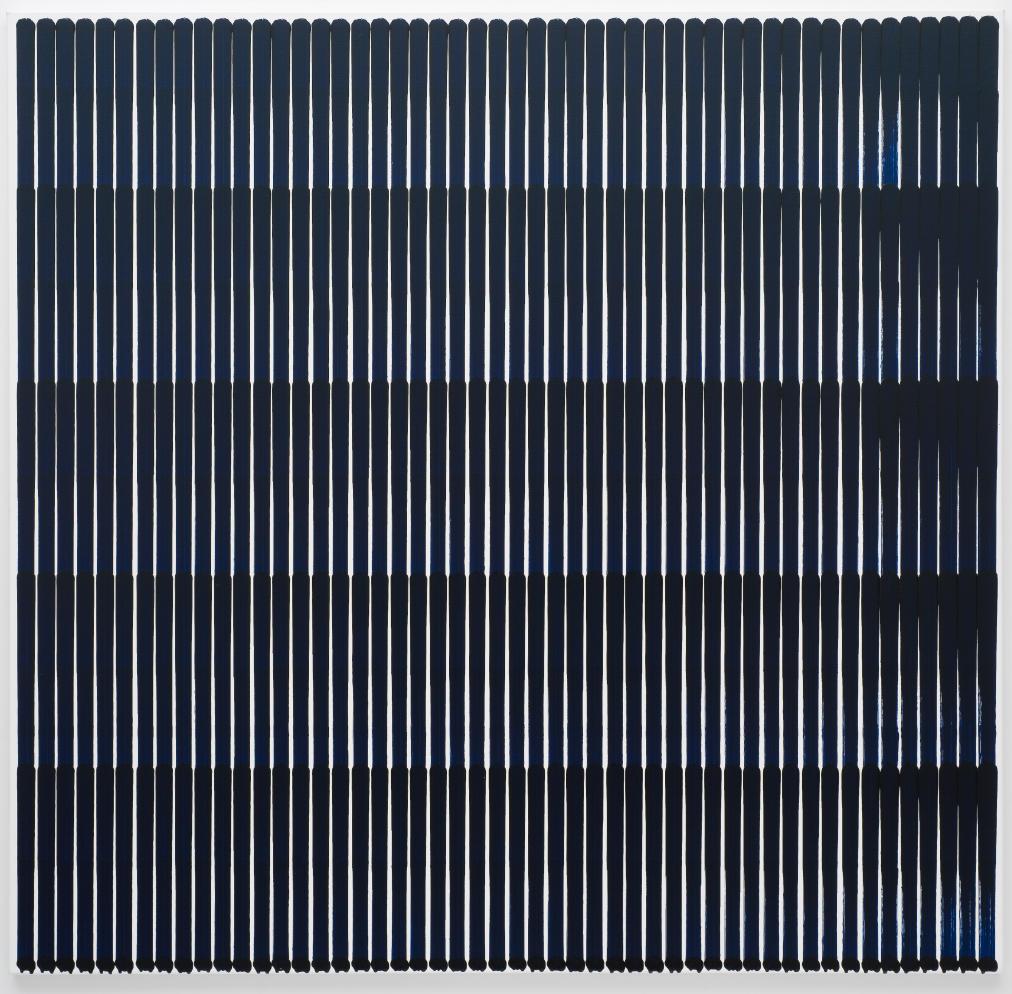 Drawing on approaches from artificial life, computer engineering, and robotics, Simon Ingram challenges our idea of ‘the artist’. Visit on the weekend and witness his machine make a painting based on a visitor’s brainwaves.

This exhibition includes a recently acquired work from the Chartwell Collection: Stonewall Alp Cliff (2020) and Krasnodar (2011).

Artists are often imagined to be transcendent figures, at the centre of their creative webs, pulling the strings, expressing their selves, changing the world. Drawing on approaches from artificial life, brain science, robotics, radio astronomy, and earth-systems science, Simon Ingram overturns this model, notionally displacing, even marginalising ‘the artist’.  For many years, the Aucklander has been making paintings by mechanical and electronic means. The gridded compositions of his early  Automata Paintings  were arrived at not by intuition but using simple algorithms. Later, he developed painting machines that generate novel compositions on the fly in response to low-frequency radio waves, whose changes in amplitude index cosmic activity.

Sometimes Ingram exhibits his machines as they produce paintings, and sometimes just the finished paintings, inviting a different kind of appreciation. The machines use a brush to apply oil paint, and the programs themselves guarantee a stylistic coherence and logic. The paintings look modernist; sometimes more geometric, sometimes more expressionist. Aesthetics is important to Ingram. For instance, his ‘radio painting’  Matotchkinchar  (2011) recalls elegant filigrees of lace. Evolving from randomness above to regimented vertical lines below, it prompts us to speculate on what its seductive beauty might indicate about the input data and about the program itself.

In 2018, Ingram stepped back into the picture. He said: ‘After looking upwards to the cosmos, I want to return to the question of people and painting, but in a way that doesn't favour the conscious mind. Instead, I focus on people as assemblages of physical, energetic elements—part of nature and the cosmos. To borrow from Kazimir Malevich: I paint energy, not the soul.’

For his painting-performance project,  Monadic Device, at  Sydney Contemporary  that year, Ingram collaborated with John Paul-Pochin to augment his painting machine to respond to his electrical activities in his brain input via an EEG headset, as he read Stanislaw Lem’s  Solaris, wrote emails, chatted with passers-by, made phone calls, drank coffee, etcetera. The machine was programmed to mark out lines that wandered around the canvas, avoiding paths previously traced, and tunnelling under or glancing off lines it encountered. The artist’s beta waves determined the length of lines, his alpha waves whether they turned left or right. To complicate matters, Ingram used a Wacom tablet to draw directly into the machine’s interface. So, the resulting paintings scrambled drawing by hand (with intention) and drawing by brain (without).

Since 2018, working with Pochin and Robert Spite as Terrestrial Assemblages, Ingram has also been developing environmental models, These take the form of running unboxed computers presented in clear acrylic cases.  Two models  represent  cubes of soil with plants, fungi, and insects (one using chemical-farming techniques, the other regenerative-agricultural ones); another represents an aerial view of an area of land below an active atmosphere.  The models share data—output from one becoming an input for another—and evolve.  Visitors will also be able to influence their activity via a leap-motion sensor (a kind of 'air mouse’) and through their own CO2  emissions. (In a related Terrestrial Assemblages work, a camera that can see frequencies beyond the visible spectrum is trained on a piece of rotting fruit. This work nods both to the Dutch vanitas still-life tradition and to the visualisation of invisible energies in Ingram’s  Radio Paintings.)

The Algorithmic Impulse  surveys Ingram’s work since 1996 and unveils Terrestrial Assemblages’ ‘environmental models’.  On the show's opening weekend, Ingram will don the EEG headset to create new paintings using  Monadic Device. Throughout the show, others will also have the opportunity. While some will be invited by Ingram (including scientists, artists, curators, and art writers), members of the public can apply to participate. Paintings will accumulate in the space over the course of the show.

The Algorithmic Impulse  demonstrates the diversity of Ingram’s ‘assemblages’, encompassing the interplay of artist, technology, the world, the cosmos—culture and nature.

This show has been supported by University of Auckland. 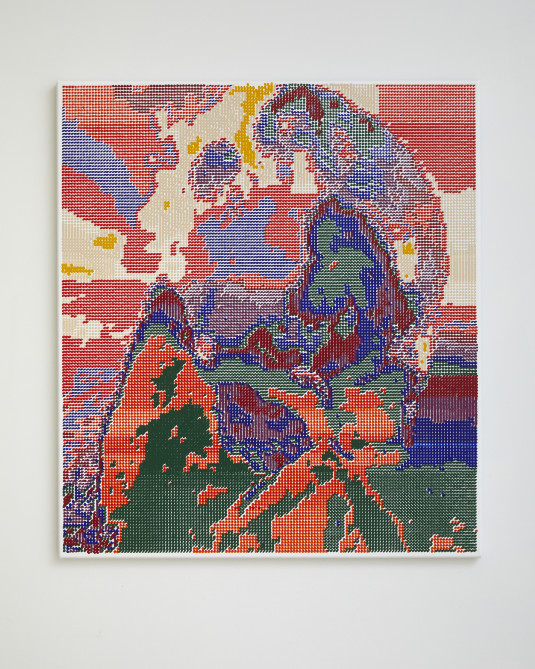