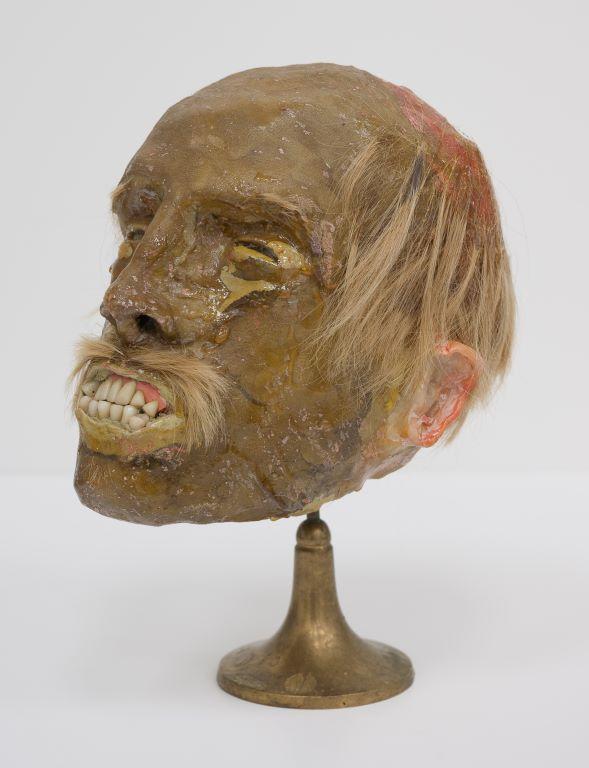 Spanning almost twenty years of work, Jealous Saboteurs is the first major survey exhibition of London-based, New Zealand-born artist, Francis Upritchard. From her early collections of mock burial artefacts, to primate-like figures constructed from discarded fur coats, and her more recent enigmatic gurus, Upritchard has developed a highly idiosyncratic language of sculpture that frequently borrows from craft practices and a broad range of references from the deep recesses of museum collections, folklore and counter-cultures to high modernist design.

This exhibition includes little-seen and significant early artworks, her arresting sloths, a selection of curious personal and ritualistic artefacts and talismans, small sculptures accompanied by their bespoke furniture supports, as well as recent life-size, free-standing technicolour figures, such as Blue and Green Scarf (2013) and Sun Worship (2013), which blur the lines between the archaic and futuristic.