Seraphine Pick is often described as one of the 1990s ‘Pencil case Painters’ who arose from the regionalist and postmodernist school in Canterbury alongside Shane Cotton, Bill Hammond, Saskia Leek and Tony de Latour. Her rejection of overtly academic art-practices, her grounding in popular culture and often dreamlike portraiture have contributed to this label. She now lives and works in Wellington, and her paintings have been shown in over 100 group and solo exhibitions. Her work Speak (1996) now in the Chartwell Collection was exhibited during the first major presentation of her work at the Christchurch Art Gallery, Seraphine Pick: Tell Me More (2009). The second major exhibition White Noise at The Dowse Art Museum in 2015-2016 presented a survey of paintings produced over a five-year period that shifted away from the psychologically charged landscapes of her earlier work.

Seraphine Pick was born in 1964 in Kawakawa, Northland. She graduated with a Bachelor of Fine Arts from the University of Canterbury in 1987, and a Diploma of Teaching from Christchurch College of Education in 1991. In 1994 Pick was awarded the Queen Elizabeth II Arts Council Travel Grant, in 1995 was the Rita Angus Cottage Artist in Residence, and the Frances Hodgkins Fellow at the University of Otago in 1999. Pick also lectured at the Elam School of Fine Arts in Auckland between 1997-1998. 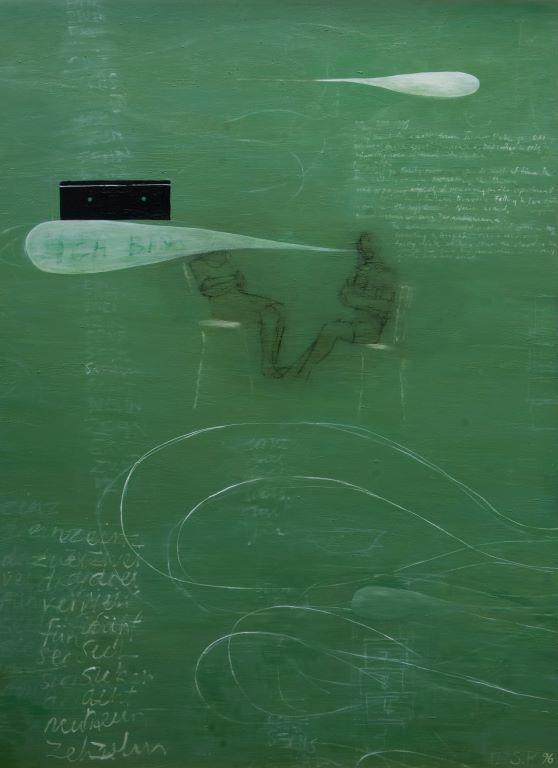