Kahukiwa’s rediscovery of her Māori heritage, on moving from Sydney to New Zealand in 1955, has formed the crux of her painting practice, which passionately articulates and affirms her identity as a Māori wahine (Māori woman).

Since her first solo exhibition in 1971, Kahukiwa has been engaged in representing Māori and Pacific cultures as a way of reclaiming tino rangatiratanga (self-determination), and earned recognition and greater prominence as a professional artist in the seminal exhibition *Wahine Toa: Women of Māori Myth*, which toured New Zealand in 1983.

Kahukiwa’s paintings investigate the diversity of urban Māori and Pacific communities, and often represent her personal search for cultural identity. Her mural-scale paintings are populated with ancestral figures, native birds, plants and trees, and their commentary relates to the realities and struggles of Māori. 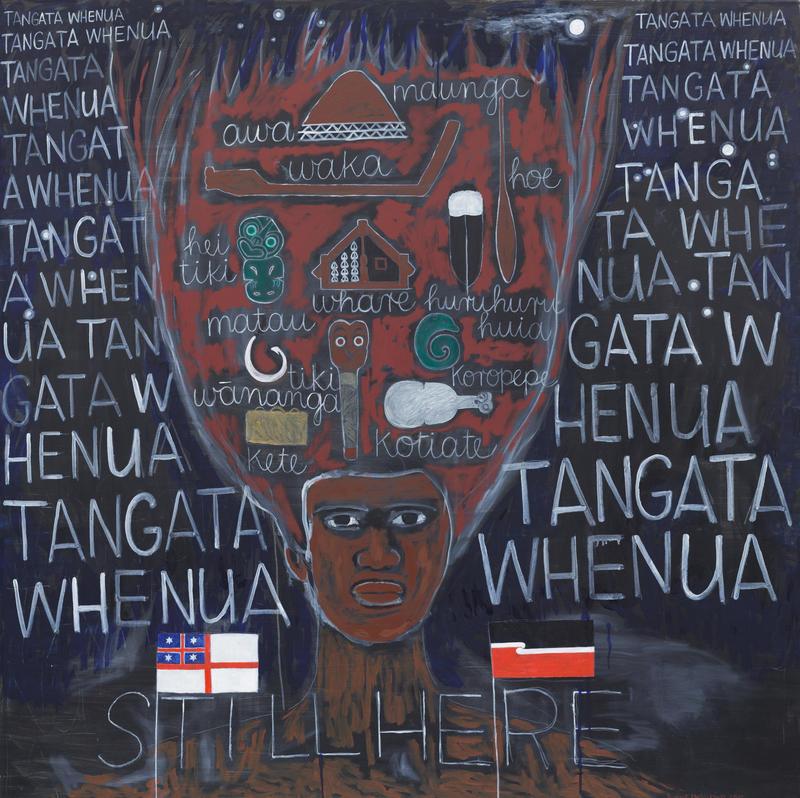