Peter Hawkesby's ceramic career dates to the 1970s. After working on Waiheke Island in the late 1970s he travelled to the West Coast of the US and became familiar with ceramic artists such as Voulkos, Nagel and Price. A period of intense productivity followed. His work of this period was acquired by Auckland Museum, the Dowse Art Museum and many private collections. In 1980 his work was included in Denis Cohn Gallery's Five by Five exhibition along with the work of Denis O'Connor, Warren Tippett, Bronwynne Cornish and John Parker.

During the 1980s Hawkesby lived in Tokyo. Returning to Auckland he spent two decades as proprietor of Alleluja Cafe in St Kevin's Arcade. In 1998/9 he was artist in residence at Unitec, Auckland and exhibited with Len Castle at Te Tuhi (then Fisher Gallery), Pakuranga. In 2011 the University of Auckland’s Gus Fisher Gallery mounted a survey of Hawkesby’s early work. 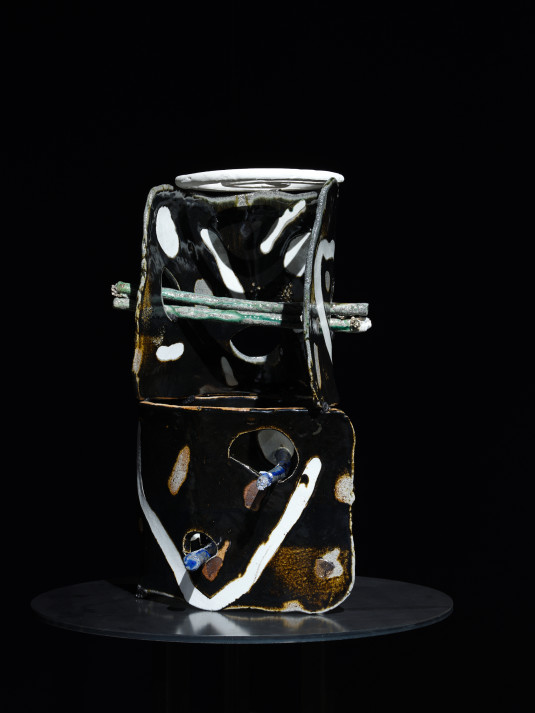