Margot Leonie Louisa Philips was born on April 5, 1902, in Duisburg (Rhineland), Germany, the youngest of five children. The family had a strong traditional Jewish belief but their approach to religion was liberal. Her father died while Margot was still young; by the early 1920s, she was living at home in order to support her mother. She and her four siblings managed to get out of Germany in time to avoid actual persecution, with Margot arriving in Hamilton where she worked for her brother Kurt in Hamilton’s first restaurant, the Vienna Café.

While she lacked formal training, her images express a singularly powerful sense of the landscape. For many, she is the artist who best expresses the character of the Waikato landscape with its rich, leafy green tones and the rolling rhythmic waves of its hills and valleys. “I knew after I had settled here something inside of me was destroyed. I needed something within me to build up again,” she once said. “I was terribly excited by the Waikato landscape, once I was really ready to look.”

Although self-taught, Philips attended several summer schools guided by McCahon during the 1950s. McCahon encouraged Philips to experiment and remain true to her vision. She was at her peak during the 1960s and 1970s. Her work was recog­nised and honoured in a special exhibition—and later in a gallery now named for her—at the opening of the Waikato Museum of Art and History in October 1987: Margot Philips – Her Own World. 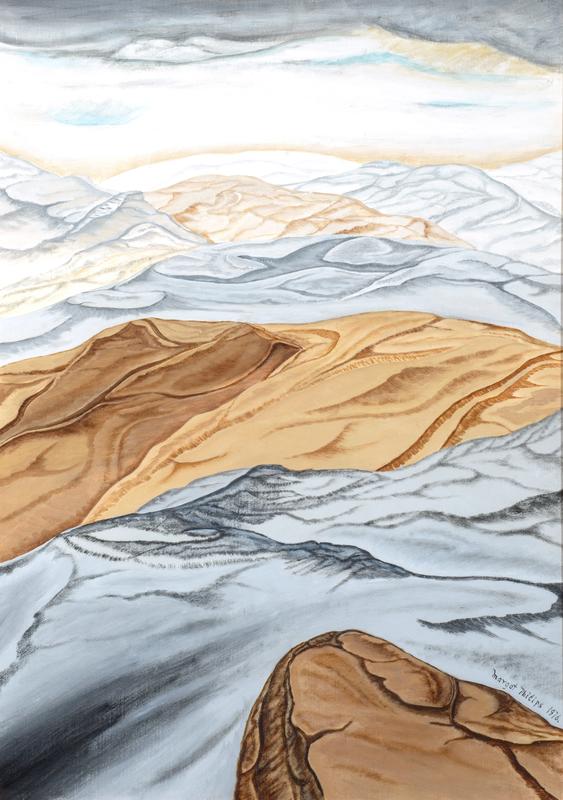 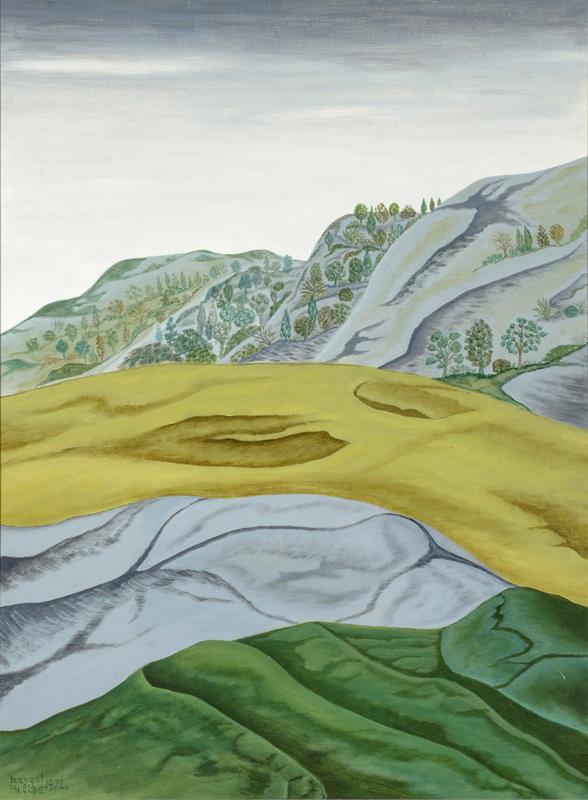 The Hills Bow Down 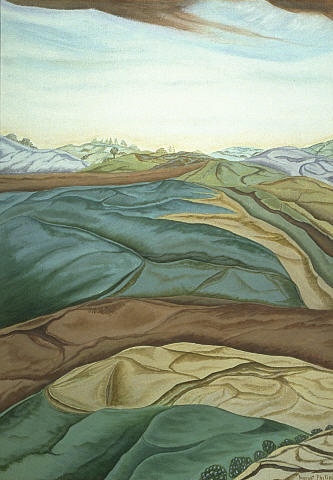 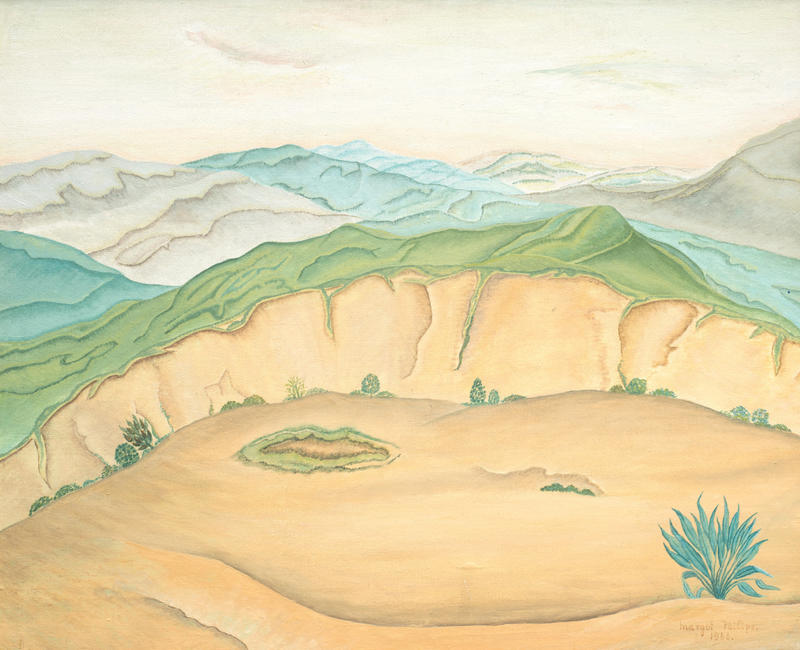 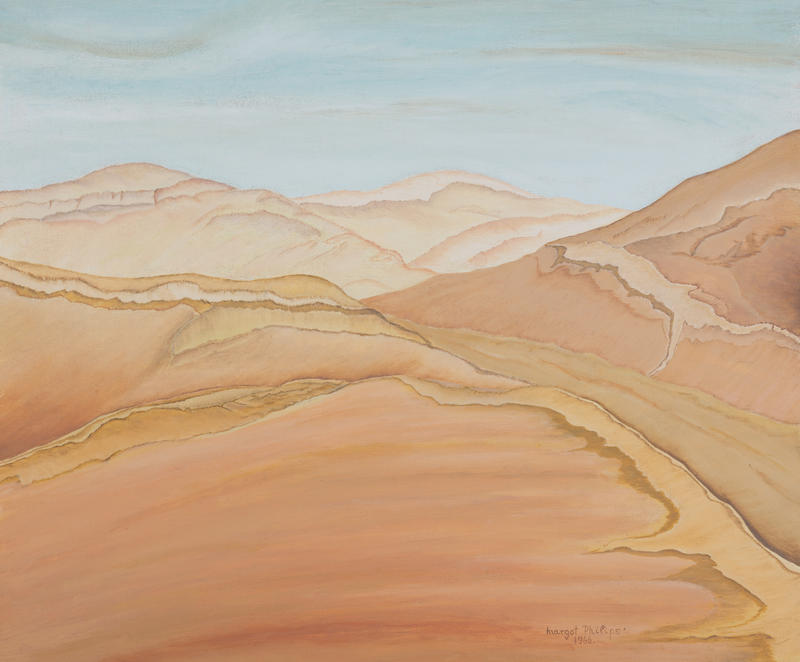 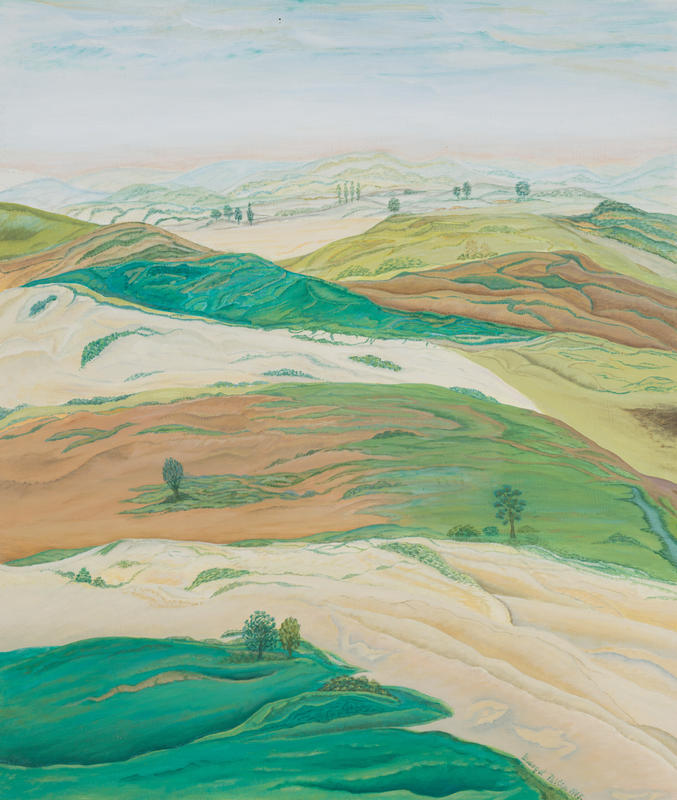