Born in Paris in 1902, Louise Henderson attended classes in embroidery, lace design, drawing and design and the history of art and craft at the School of Industrial Arts in Paris from 1921–27. She emigrated to New Zealand in 1925 and took a position as an instructor in embroidery and design at the Canterbury School of Art in 1926. She received an Honorary Diploma of Fine Arts in 1931. She first exhibited with The Group in 1935, and spent sometime painting with Rita Angus in Christchurch. Between 1942–45 she taught needlework and established a new course in embroidery at the New Zealand Correspondence School in Wellington. She was appointed assistant teacher in art and craft at the Wellington Teacher's College, teaching a variety of crafts to teachers trainees from 1944–1950. In 1948, Henderson visited John Weeks' studio for the first time, and she moved to Auckland in 1950. Henderson returned to study art in Europe in 1952 and trained with Jean Metzinger in Paris at Atelier Frochot.

She returned to New Zealand in 1953 and had her first solo exhibition at the Auckland City Art Gallery that year. Between 1956–1958 Henderson traveled extensively in the Middle East in Iran, Iraq, Palestine, Jordan and Israel.

From 1959–1960 she taught for one year full-time at Elam, taught classes at ACAG, and completed a commission for a set of stained glass windows for the Church of the Holy Cross in Henderson. In 1961 she taught painting, drawing, and design at the Darlinghurst School of Art in Sydney.

In 1965–66, Henderson travelled to Brussels, Paris and London with the joint exhibition of painting from her 'Elements: Air and water' series and Milan Mrkusich's 'Emblems'. In 1968 she designed and executed a large mosaic for the Church of St Joseph in Otahuhu.

Her work rose once again to prominence in the 1991 in the ACAG exhibition curated by Christina Barton titled 'Louise Henderson: The Cubist Years 1946–1958'.

In the 1993 Queen's Birthday Honours, Henderson was appointed a Dame Commander of the Order of the British Empire for services to art.

Selected Group exhibition
1935–1938: Henderson's first exhibition was with the New Zealand Society of Artists in Christchurch. She exhibited many times with the Society between 1935 and 1938
1949: Exhibited at the Helen Hitchings Gallery, Wellington
1954: Object and Image at ACAG
1955: Unit 2 at ACAG
1956: ACAG Festival Exhibition
1959: 'Three painters', ACAG with Colin McCahon and Kase Jackson
1961–65: Included in the ACAG annual 'Contemporary New Zealand painting' exhibitions. 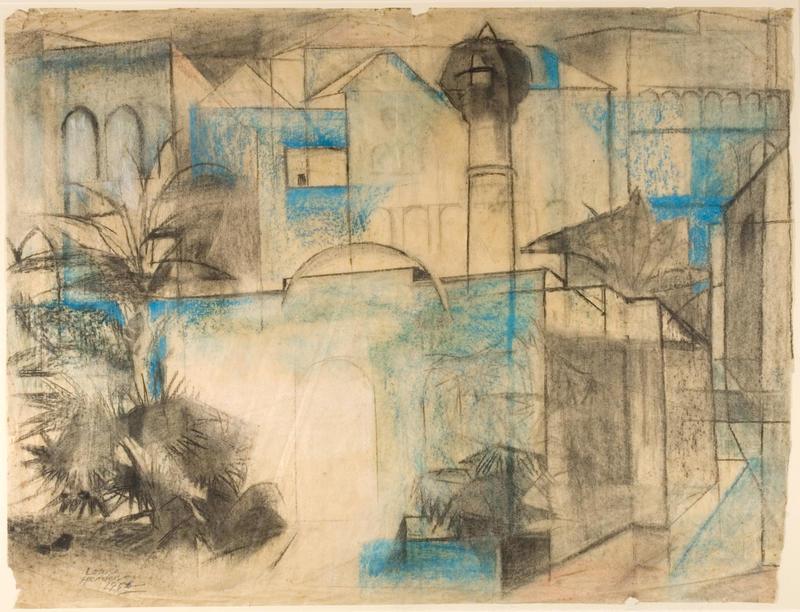