John Baldessari was born in National City, California in 1931 and lives and works in Santa Monica, California. He received a BA (1953) and MA (1957) from San Diego State College, continuing his studies at Otis Art Institute and Chouinard Art Institute (1957-59). Baldessari has received several honorary doctorates, most recently from the National University of Ireland, Burren College of Art (2006) and was elected to the American Academy of Arts and Letters in 2007. He has participated in Documenta (1982, 1978); the Venice Biennale (2003, 1997); and seven Whitney Biennials, most recently in 2008. His work has been shown in more than 120 solo exhibitions and 300 group exhibitions. Baldessari was also awarded the Golden Lion for Lifetime Achievement at the Venice Biennale in 2009. In May 2011, Baldessari was awarded an Honorary Doctorate degree from California College of the Arts. A major retrospective entitled Pure Beauty, which spans five decades of John Baldessari's work, toured between 2009 and 2011 through art institutions such as Tate Modern, London, the Museu d'Art Contemporain, Barcelona, and The Los Angeles County Museum of Art, Los Angeles. 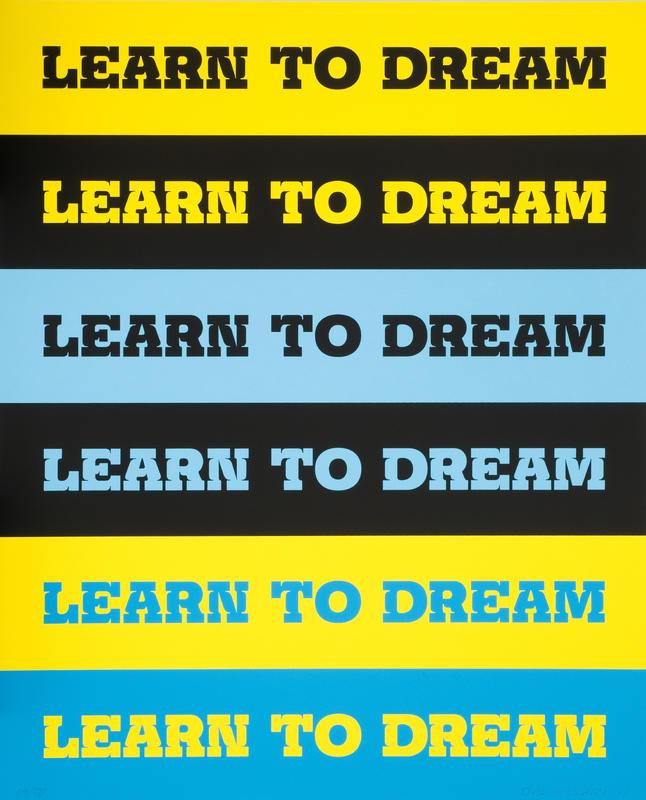