Günther Förg was a German painter, graphic designer, sculptor and photographer. His abstract style was influenced by American abstract painting. He studied from 1973 until 1979 at the Academy of Fine Arts in Munich. From 1992 until 1999, he taught at the Staatliche Hochschule für Gestaltung in Karlsruhe. From 1999 on he was a professor in Munich.  Förg has had solo exhibitions at Essl Museum, Klosterneuburg, Austria, Langen Foundation, Neuss, Germany, Kunstmuseum Basel, Switzerland; Kunsthalle Bremen, Germany; Gemeentemuseum Den Haag, The Netherlands; Tel Aviv Museum of Art, Tel Aviv, Kunsthaus Bregenz, Bregenz, Austria, Museum der Stadt Füssen, Füssen, Germany, and Deutsche Guggenheim, Berlin, Germany. His work is held in numerous important public collections in Germany, Austria, Canada, The Netherlands, Switzerland, the United States, the United Kingdom, and Denmark. 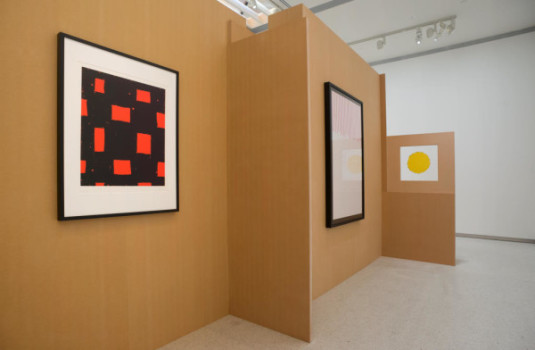