Born in New Zealand in 1926, Johnson was, together with Gordon Walters, a protege of Theo Schoon who introduced the Bauhaus, De Stijl, Constructivist and Suprematist movements to the pair.  He moved to Melbourne in 1951, sharing a studio with Walters.  He held his first solo exhibition in 1956 and was included in the touring Pacific Loan Exhibition of the same year.   Abstraction in 1950s Melbourne was not easily accepted and Johnson and his peers battled for ground against those who reacted against it, including The Antipodeans.  Johnson’s early works, made in a context of post-war material scarcity as well as a spirit of ‘make-do’ experimentation, are characterised by heavily textured surfaces - often employing collaged Hessian and house-paint enamel on Masonite board – and organic, interlocking cog-wheel forms.  From the 1980s his paintings and drawings consistently explore the infinite variations on the triangle, rectangle, circle and line - chiefly in primary colours. 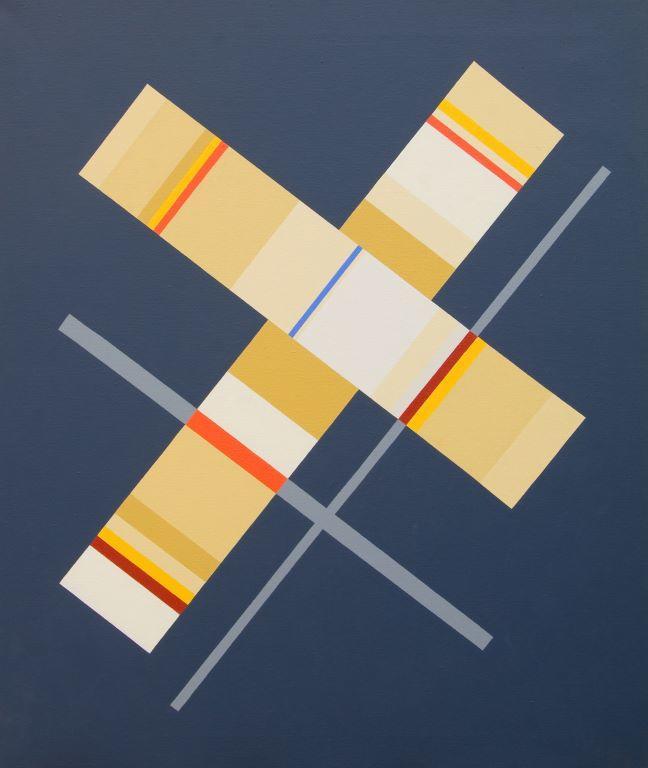