Denys Watkins studied at the School of Design, Wellington Polytechnic from 1962-64; Central School of Art, London in 1967; and the Royal College of Art, London from 1968-70. He received a British Council Scholarship in 1968/9; the South Pacfic Travelling Arts Scholarship in 1978; and the Auckland Savings Bank Award in 1978 (Hamilton). Watkins was Artist in Residence at the Canberra School of Art in 1985; was awareded the Transfield Prize in 1986 and the Sanskriti Foundation Residency in 2003.

There Was A Dampness Under My Armpits 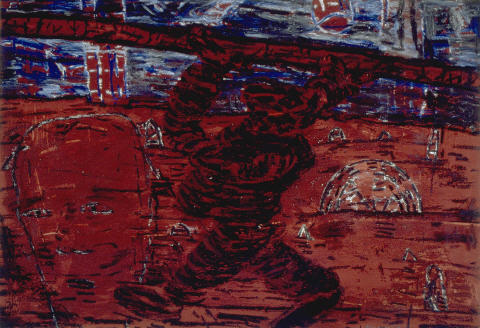