That same year, Nin initiated *New Zealand Māori Culture and the Contemporary Scene* at Canterbury Museum, one of the earliest exhibitions of contemporary Māori art in Aotearoa.

Committed to the revival of Māori culture, he also worked on the restoration of *Rongopai*, the painted ancestral house of leader and founder of the Ringatū religion, Te Kooti.

In his paintings, Nin incorporated motifs drawn from Māori carving, weaving and rafter patterns. His best-known work incorporates large lattice-like structures embedded in the landscape, which evoke a spiritual presence in the environment. 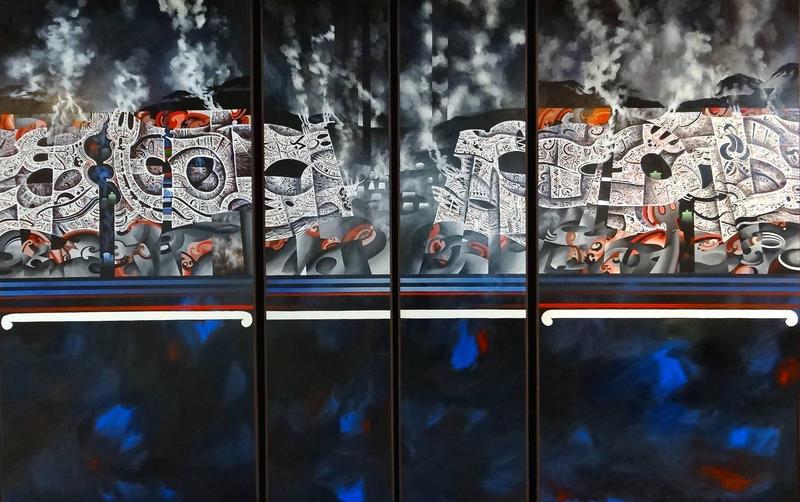 Challenge Of The Land