He was an editorial cartoonist for the National Business Review from 1975 to 2018, specialising in political satire. As a biologist he is interested in animal populations, animal behaviour and diseases and did his PhD on hedgehog ecology.

He was science columnist for Wellington's Dominion Post newspaper from 2001 to 2018. In the 2013 Queen's Birthday Honours, Brockie was appointed a Member of the New Zealand Order of Merit, for services to science and cartooning. He is a Companion of the Royal Society of New Zealand. He has twice been named New Zealand Cartoonist of the Year. 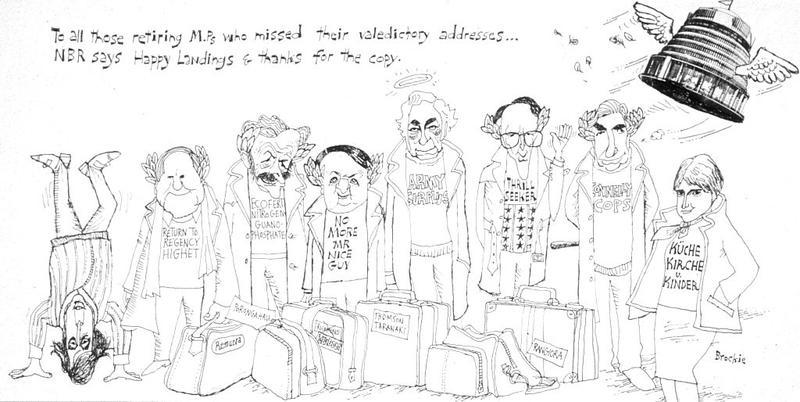 "To all those retiring MPs who missed their valedictory addresses ... NBR says Happy Landings and thanks for the copy."