Allan McDonald has been actively working with the photographic medium since the 1960s. His ongoing association with the documentary tradition is the basis of a distinctive investigation of the vernacular. Since the early 2000s, his subjects have included: houses shifted off their sites; sections where houses have been removed: ‘op’ and secondhand shops; facades of closed small businesses; goods lanes and gaps between buildings; once buoyant commercial strips; earthquake prone commercial buildings; former petrol stations; wild and tended garden spaces; interiors of small commercial premises; news papered-up storefronts and a more mischievous category; ‘Elvis sightings’.

McDonald’s work has also taken the form of curatorial and community projects. His research into the archives of West Auckland amateur photographers, Jack Diamond and Bob Raw, resulted in Remembering Diamond (2003) and Love and Food: The Family Photographs of Bob Raw (2009), both shown at Corban Estate Art Centre. His 1998 collaborative initiative, The Mercer Project: Forty Two Days (1998), that involved a ‘rewrite’ of the local war memorial, is the subject of an Art New Zealand essay by Damian Skinner.

Relocations and Demolitions (2004), his exhibition that catalogued houses in the process of demolition or removed from their sites was acquired in its entirety by the University of Auckland Architecture Archive to form a record of the vernacular building otherwise absent from its collection. In 2006, these photographs were included in Wonderland, a survey of contemporary New Zealand photography at the Fotographia Internazionale, Rome, that later travelled to the Pingyao International Photography Festival in China.

McDonald’s recent publications Between the Silence and the Flame (Rim Books, 2016), Carbon Empire (Rim Books, 2017) and The Holding (Rim Books, 2020), concern different aspects of his archive. Between the Silence and the Flame brings together photographs made in Auckland and Wellington between 1970 and 1972. Carbon Empire which won the 2017 New Zealand Photobook of the Year award, is comprised of ‘man in the street’ images made in Auckland industrial suburbs in 1997, and photographs of closed petrol stations made in the North Island between 2003 and 2017. The Holding surveys some of his photographs of secondhand bookshops throughout the country and selections from his Here and Now photographs of newspapers lining the windows of shops in transition. McDonald has been represented by Anna Miles Gallery since 2003. His work is held in many local public and private collections including those of Te Papa Tongarewa, Auckland Art Gallery and the Chartwell Trust. 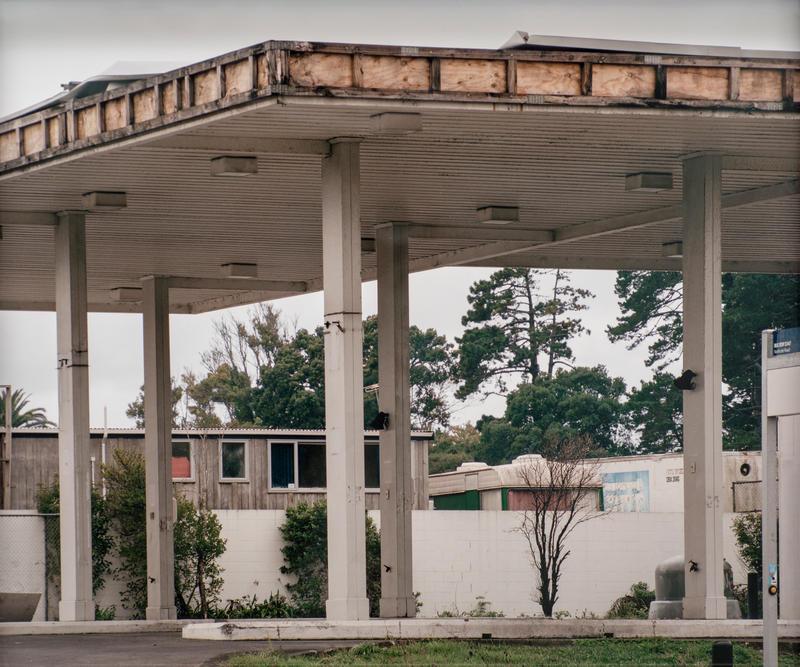