Jock Clutterbuck is an Australian sculptor and printmaker, known for his sophisticated abstract forms executed with precision and detail, while still maintaining an impression of underlying esoteric mysticism. Clutterbuck studied sculpture and drawing at the Royal Melbourne Institute of Technology from 1965 – 66, where he subsequently taught from 1969 – 73 before taking up a role as the lecturer in Sculpture at the Victorian College of the Arts from 1974 – 2000. He is represented in many national and international public art collections including the Museum of Modern Art, New York; the National Gallery of Australia, the Art Gallery of New South Wales, the National Gallery of Victoria, the Queensland Art Gallery, the BHP Collection, Melbourne University, Monash University and Deakin University. He was awarded the NGV society drawing prize in 1966, the Australian Print Council Prize in 1969 and in 1973, the Geelong Print Prize in 1972, the State Government Bicentenary award for sculpture in 1970, the PCA print prize in 1973, the Fremantle Arts Centre Print Prize in 1976 and the Caulfield Arts Centre Sculpture Award in 1979. 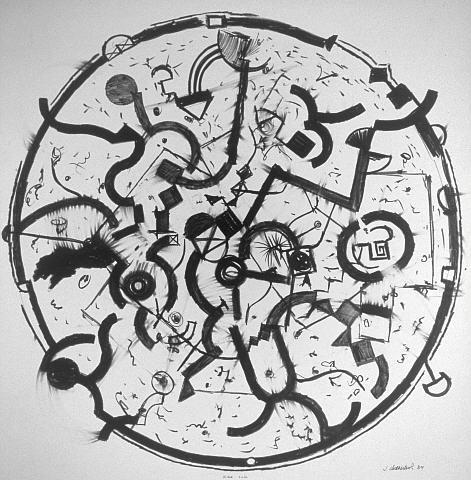